I wanted 'lighthouse' to win the poll for this month's Bitsy jam theme, but I got bees. You win some, you lose some. Actually, that's a lie, the theme I want for the monthly jam never wins. Anyway here's a breakdown of how I got from the theme to an actual game.

I could draw a bee

But then I spent an hour trying to draw flowers and felt very disappointed. My very first idea was for a game about finding a flower to sleep in (working title 'A Place to 🐝) inspired by a tree in my backyard covered with yellow flowers that I often see bees flying around in. But with flowers not really working out I needed a new idea. 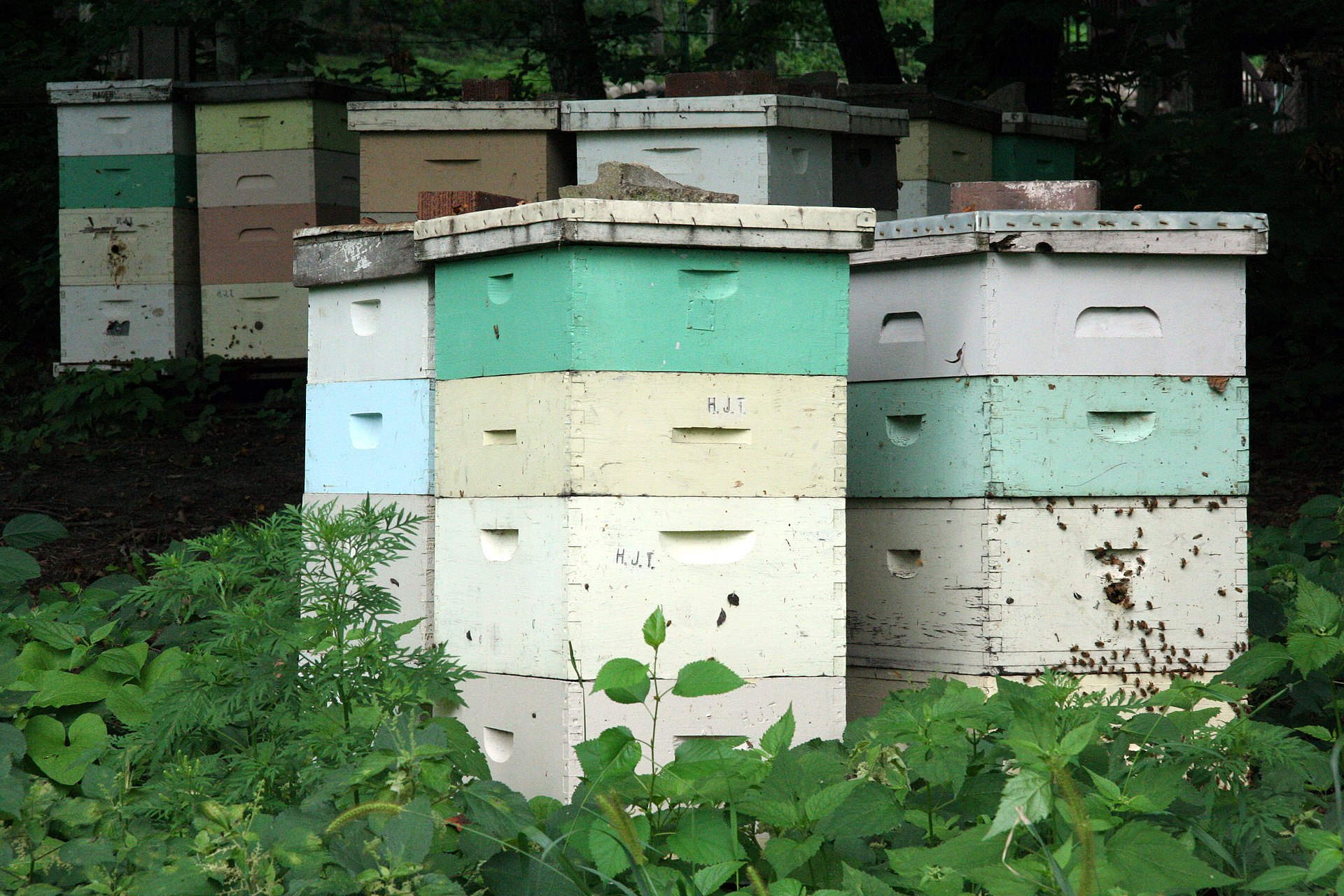 I really like the look of beehives made out of stacked wooden boxes and painted different colours, and it turns out that rectangles are really easy to draw in Bitsy! Plus, going in and out of the hive would be fun to do with the new room transitions. So I drew myself a hive, copied my bee avatar to make a sprite that could sit on top of the hive and added some small flowers and texture on the ground. Then I made the most fortuitous discovery of all - if my avatar and my sprite touched face to face, they smooched!

Now I sort of had a story

Dating bees! Cute! Absolutely in my wheelhouse. Flowers on the ground made collecting pollen a natural interaction, so I added some more 'outdoor' rooms and started thinking about how to connect them when... my game data corrupted. I wasn't really satisfied with how the multiple outdoor rooms were going, so I started over in a new game file. This time I kept it at one outdoor room and tried to focus on what the inside of the hive could be. I knew I wanted to have one bigger area for the bottom box of the hive, and one smaller one upstairs. I settled on a cafe/public meeting place for the downstairs room, with the idea that you could trade pollen collected outside for food and drink and that your partner bee might ask you to bring them something from the cafe. I had originally thought about making the upstairs room some kind of bedroom, but then thought that some kind of storeroom would be more fun, and give the player something extra to do during the quest.

Now I just had to write the game. With this kind of walk-around-and-pick-stuff-up-and-trade-it game, a lot of the dialogue needs to be context specific to make sense. Have you talked to this character before? Have they asked you to do anything for them? Do you know what you're looking for in this storeroom, or are you just poking around? For some interactions this wasn't too complicated, but for others it was. 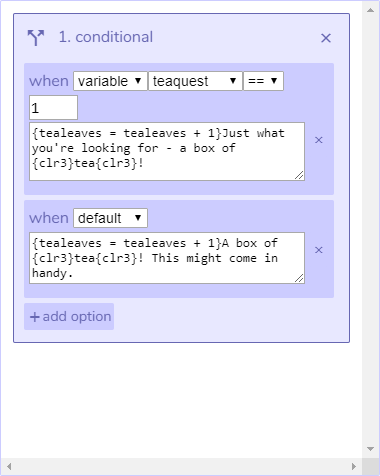 This game has a lot of endings

Eight of them, depending on how many of each thing you buy and if you go back and add honey to your tea after you buy it. This was a situation where I was very thankful to have the 'end from dialogue' hack, since the game ending with you fulfilling your partner bee's request made the most sense. I don't know that each ending has completely unique dialogue, but I did try to make each ending distinct based on what you're carrying.

As always with game jam games it's imperfect and there are still a few things niggling at me, but I am not a game making machine and I have other things to do with my free time so it is what it is, and overall it's something I'm happy with.

Fun facts/Other design choices you might not have noticed

An entry for the Bee #bitsyjam